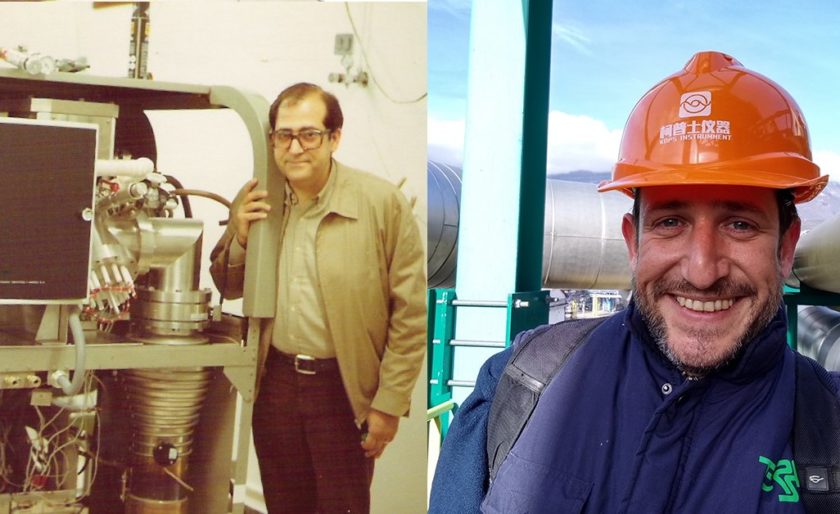 Monitoring dioxins is very much a family matter at Gasmet’s Spanish distributor Techno Spec where customers benefit from the influence of two generations of analysis research.

In the early 1960’s, Dr Joan Rivera’s father Josep Rivera completed his physics studies at the University of Barcelona. He presented his thesis — a new design for a mass spectrometer analyzer designed to detect compounds at very low concentrations — in Barcelona and then in Paris.

In France, he worked for the company Saint-Gobain which committed to constructing the analyzer, a device that represented a significant advance in the analysis of small components.

Joan’s father returned to Spain in the 1970s to take up a post at the National Research Council providing mass spectrometry services. The significance of this work has become increasingly evident in the last few decades as the understanding of dioxins (compounds produced during combustion with chlorine) has increased. Dr Joan’s mother founded Techno Spec in 1985.

There are several reasons why dioxin emission monitoring is important. Firstly, they come from a family of pollutants known as persistent organic pollutants, which means they can bond to body fat and don’t degrade over time.

Secondly, they are bioaccumulative — the organism at the top of the food chain absorbs all the dioxins accumulated at various stages of the chain. These characteristics are important because dioxins are highly toxic, carcinogenic and interfere with hormonal systems.

My academic background is in industrial engineering. After graduating I worked at the National Research Council analyzing dioxins and the subject of my thesis was the continuous sampling of dioxins in stack emissions.

Extending the limits of detection

After completing my studies, I worked at an incinerator plant for a year before joining Techno Spec, which my mother established in 1985 as a distributor of laboratory supplies.

My work at the incinerator gave me valuable insight into the needs and concerns of our customers. In the past, emissions would have been monitored over a six-hour period, twice a year. I saw the potential of new technology that allows continuous sampling and enables dioxins to be monitored in the same way as other pollutants.

You can understand the precision required to conduct effective dioxins monitoring by referring to European standards, which permit a maximum emission level of 0.1 nanograms per cubic meter for incinerators. A nanogram is equal to one billionth of a gram.

Fortunately, improvements in analytical technology have extended the limits of detection. Apart from working in industrial environments, Techno Spec has installed monitoring systems in locations such as schools to measure pollution levels.

Main image: Joan Rivera and The Rivera family albums. On the left Josep Rivera, on the right his son Dr Joan Rivera from Techno Spec.

Can I let you in on a secret? Your current method of measuring dioxins is probably not giving you the whole picture about your dioxin emissions. A typ... Read more

The math behind long-term dioxin sampling

Our client and environmental research expert, Dr. Werner Tirler, who is also the Director of Eco-Research, talks about the experience of using Gasmet’... Read more