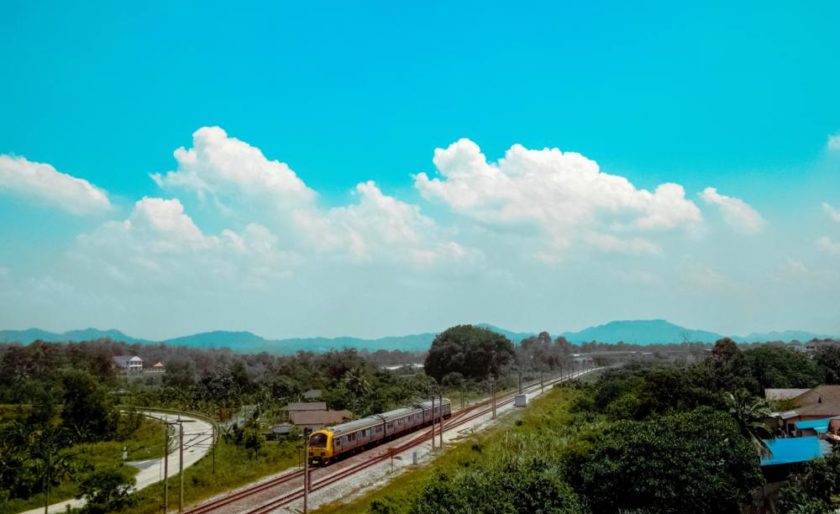 On March 30th 2015 a long freight train, transporting a variety of goods including lumber and chemicals, wound its way through the state of Mississippi. At around 5pm, part of the train failed to negotiate a curved portion of the track in a rural area near Minter City, resulting in the derailment of nine railcars, one of which leaked chemicals onto agricultural farmland and woodlands. Emergency response and initial remediation activities were undertaken, but the remainder of this article will describe an environmental investigation that was subsequently conducted by Hazclean Environmental Consultants using a portable multiparameter FTIR gas analyzer from Gasmet Technologies.

DCPD is highly flammable and harmful if swallowed and by inhalation. Its camphor-like odor may induce headaches and symptoms of nausea, and as a liquid or vapor, DCPD can be irritating to the eyes, skin, nose, throat or respiratory system. DCPD is not listed as a carcinogen, however DCPD products may contain benzene, which is listed as a human carcinogen. DCPD is not inherently biodegradable, and is toxic to aquatic organisms with the potential to bioaccumulate.

DCPD is a colorless, waxy, flammable solid or liquid, used in many products, ranging from high quality optical lenses through to flame retardants for plastics and hot melt adhesives. As a chemical intermediate it is used in insecticides, as a hardener and dryer in linseed and soybean oil, and in the production of elastomers, metallocenes, resins, varnishes, and paints. DCPD-containing products are also used in the production of hydrocarbon resins and unsaturated polyester resins.

Emergency response phase activities were performed from March 31 through May 2, 2015. Response objectives and goals were formally documented by utilizing Incident Action Plans for each operational period. Activities between April 11 and April 28, 2015 were summarized in weekly reports and submitted to the Mississippi Department of Environmental Quality (MDEQ) and the Environmental Protection Agency (EPA).

Approximately 10,189 gallons of the leaked product was recovered, leaving 5,458 gallons to contaminate the farmland surface and subsurface soil, surface waters, groundwater and ambient air. The site contamination problem was exacerbated due to heavy rainfall and associated stormwater runoff which caused the unrecovered product to migrate from the spill site.

Taking account of the high rainfalls levels that followed the event, it was calculated that contaminated stormwater runoff from the immediate project site (10 acres with 8.7 inches of rainfall) was 2,362,485 gallons less that retained by emergency retention berms. Approximately 207,000 gallons of contaminated stormwater were collected during the emergency response, in addition to approximately 7,870 tons of impacted material which were excavated for disposal. Following removal of the gross impacted material, the site was transferred into Operation and Maintenance status, conducted in accordance with a plan approved by MDEQ. 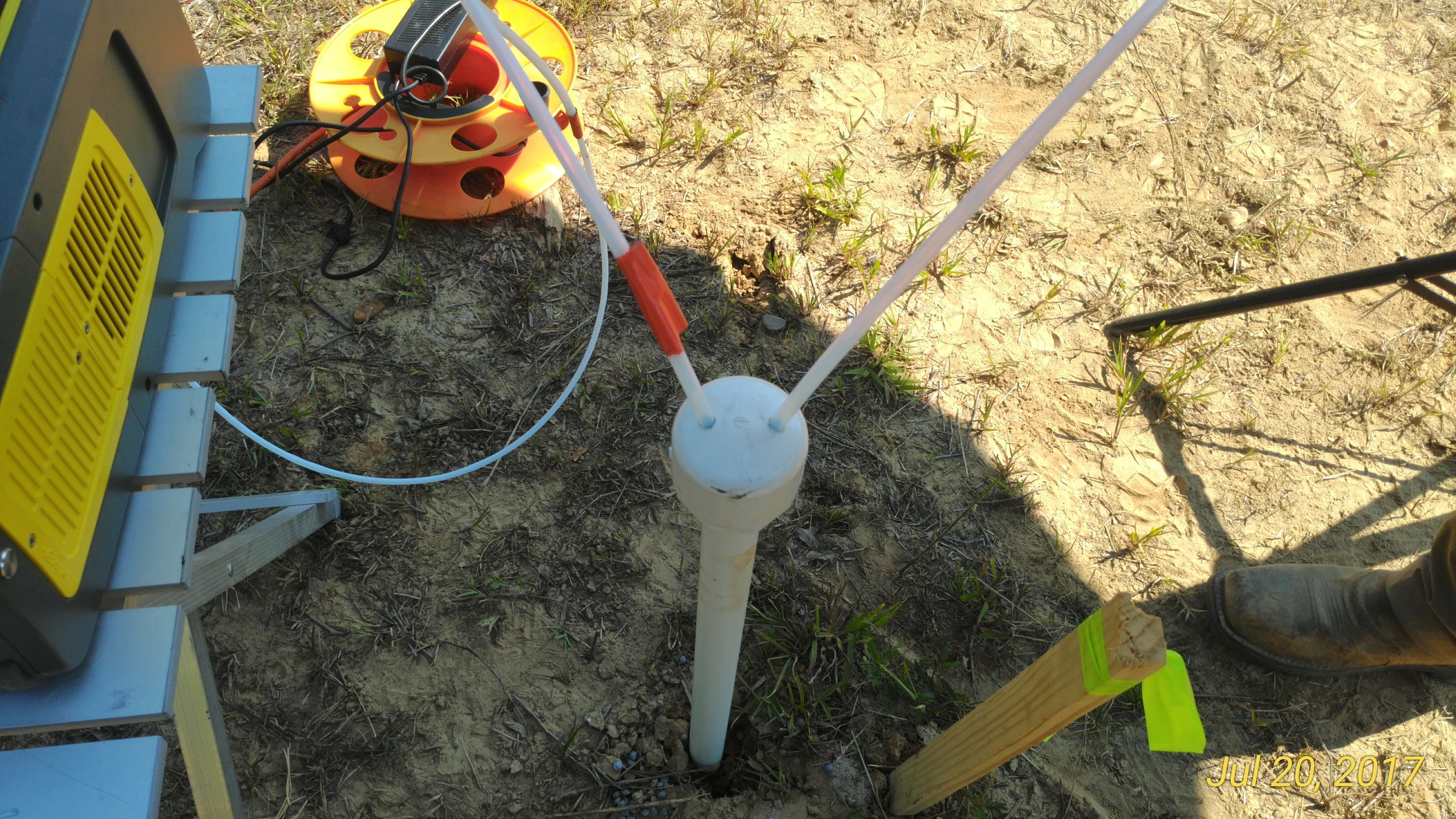 Groundwater and soil samples were collected and analyzed in 2015 and 2016, producing analytical data which confirmed that widespread soil and groundwater contamination still existed at the site. Further remediation was undertaken, but the landowners were extremely concerned about the fate of residual chemicals and contracted Hazclean Environmental Consultants to conduct a further investigation. “The affected land is used for agricultural purposes, producing crops such as soybeans and corn,” says Hazclean President, E. Corbin McGriff, Ph.D., P.E. “Consequently, there were fears that agricultural productivity would be adversely affected and that chemicals of concern might enter the food chain.

“This situation was exacerbated by the fact that the landowners could still smell the contamination and initial investigation with PID gas detectors indicated the presence of volatile organic compounds (VOCs).”

Hazclean’s Joseph Drapala, CIH, managed and conducted much of the site investigation work. He says: “While PID gas detectors are useful indicators of organic gases, they do not offer the opportunity to quantify or speciate different compounds, so we spoke with Jeremy Sheppard, the local representative of Gasmet Technologies, a manufacturer of portable FTIR (Fourier Transform Infrared) gas analyzers.

“Jeremy explained the capabilities of a portable, battery-powered version of the Gasmet FTIR gas analyzer, the DX4040, which is able to analyze up to 25 gases simultaneously, producing both qualitative and quantitative measurements. Gasmet was therefore contacted to determine whether this instrument would be suitable for the Mississippi train spill application.

“In response, Gasmet confirmed that the DX4040 would be capable of measuring the target species and offered to create a specific calibration so that these compounds could be analyzed simultaneously on-site.” 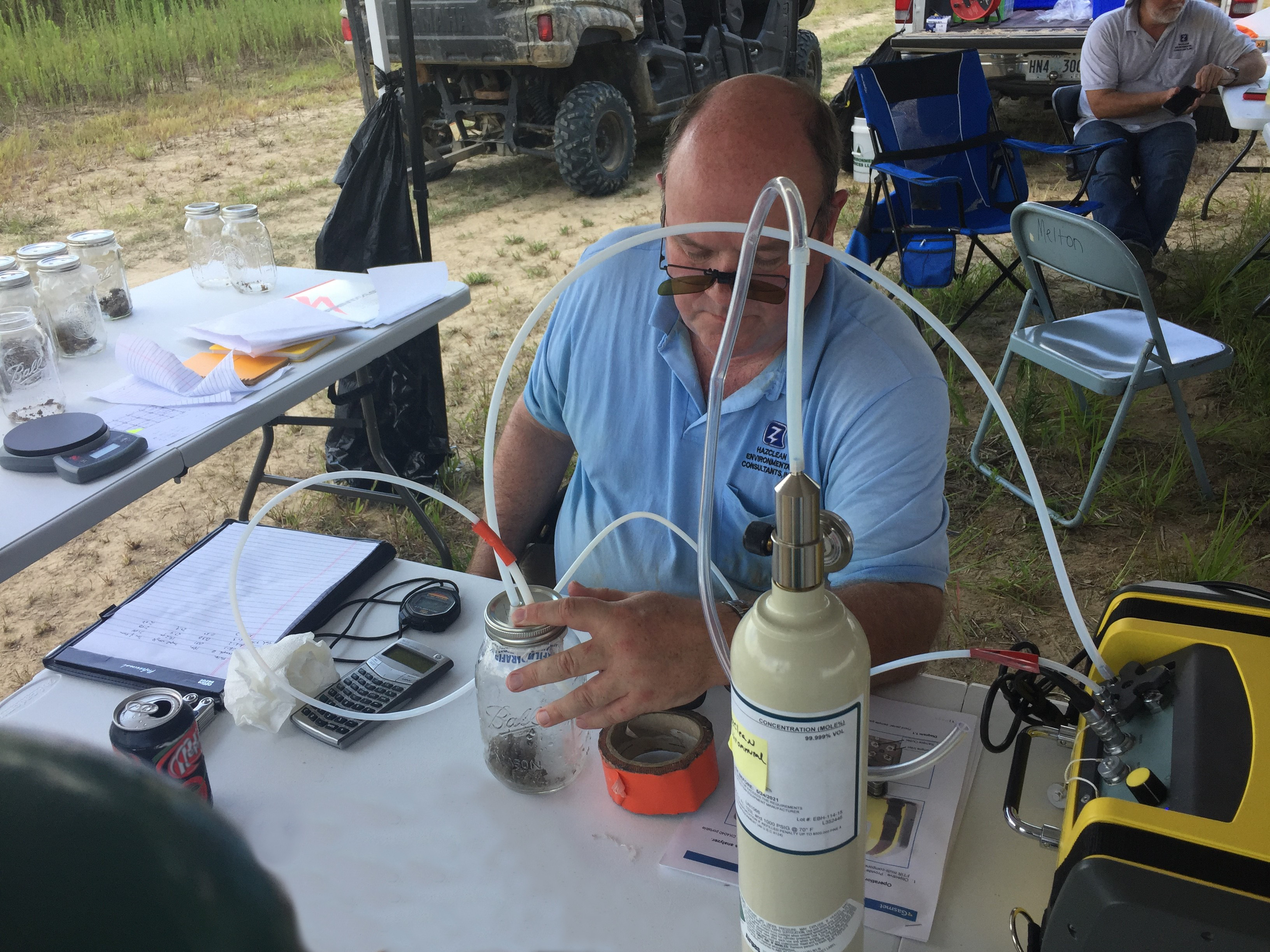 The area-wide plan resulted in the installation of four permanent monitoring wells for groundwater sampling, twenty vapor monitoring wells, and twenty test borings for field screening. The test borings indicated the presence of VOCs which were further characterized by sampling specific soil sections extracted from the parent core.

In addition to the almost instantaneous, simultaneous measurement of the target compounds, the Gasmet DX4040 stores sample spectra, so that post-measurement analyses can be undertaken on a PC running Gasmet’s Calcmet Pro software, providing analytical capability from a library of 250 compounds.  “The Gasmet DX4040 was manufacturer-calibrated for dicyclopentadiene, benzene, ethylbenzene, naphthalene, styrene, toluene, 1,2,3-trimenthylbenzene, 1,2,4-trimethylbenzene, 1,3,5-trimethylbenzene and m, o, and p and total xylenes at a detection range of 0.01 ppm to 100 ppm in air,” Joseph reports, adding: “The facility to compare recorded spectra with the Calcmet Pro library is a major advantage because it enables the measurement of unknown compounds.”

The operating procedures for the DX4040 indicate a simple, convenient requirement for daily calibration with zero gas, or prior to each monitoring activity. However, in addition to the use of nitrogen as the zero gas, Joseph also employed specialty gas (DCPD) certified for 1 ppm and 5 ppm as a calibration check and a response (Bump Testing) gas.

The test borings provided soil samples that were vapor-tested on-site as part of the screening process. Vapor from the extracted soil samples was analyzed by placing the soil samples in vessels at ambient temperature and connecting the DX4040 in a closed loop from the vessel, so that air samples could be continually pumped from the vessel to the analyzer and returned to the vessel. This screening activity helped to determine the location for vapor wells.

All soil samples were screened with the DX 4040 and those with the highest reading from each boring were sent for laboratory analysis.

Vapor wells were fitted with slotted PVC liners and capped. Before monitoring, the cap was replaced with a cap containing two ports to enable the DX4040 to be connected in a similar closed-loop monitoring system to that which was employed for the soil samples. 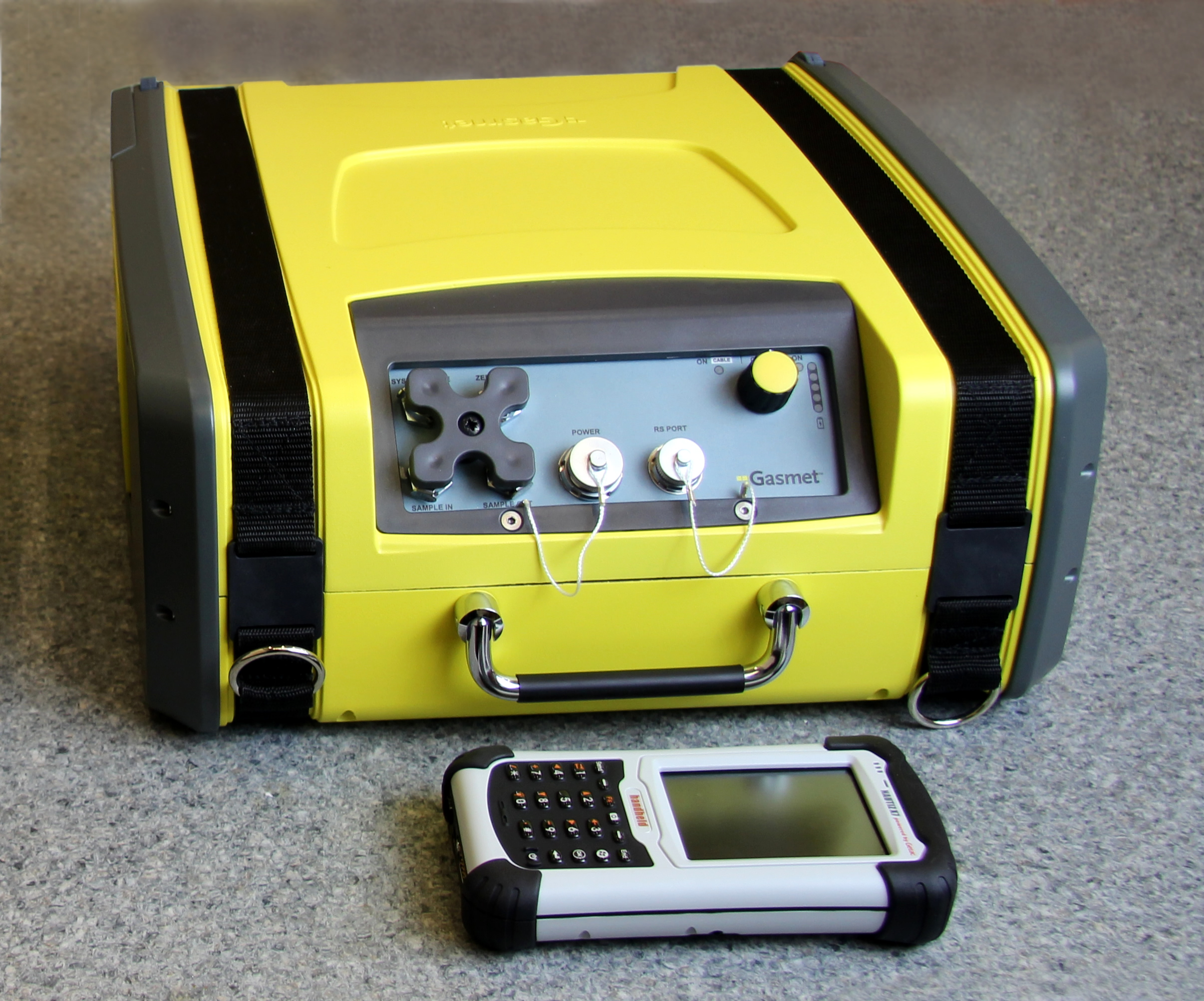 Vapor analysis data provided by the DX4040 identified DCPD, benzene, styrene and xylene previously adsorbed on soil and/or wetted surfaces undergoing diffusion and evaporation. The adsorption, diffusion and evaporation of DCPD et al. released and spread across the farmland is a mechanism to explain the vapor concentrations found in vapor monitor wells as well as the ambient malodor problem.

The long term release of DCPD and other VOCs will continue to occur in the impact area unless a larger remediation project is conducted to remove soil and groundwater contamination. Furthermore, Hazclean recommends that, as a result of the effectiveness of the Gasmet DX4040 in this investigation, the same technology should be employed in any subsequent screening activities, using the same Gasmet calibration configuration.

Summarizing, Joseph Drapala says: “The Gasmet DX4040 was an essential tool in this investigation. Screening activities should have the ability to detect and identify the target compounds, as well as any secondary compounds that may have already been present on-site or could have been produced as a result of chemical interactions.

“As an FTIR analyzer, the DX4040 meets these requirements, providing enormous analytical capability through Gasmet’s Calcmet software. However, the instrument is also small, lightweight and battery powered which makes it ideal for field investigations.”