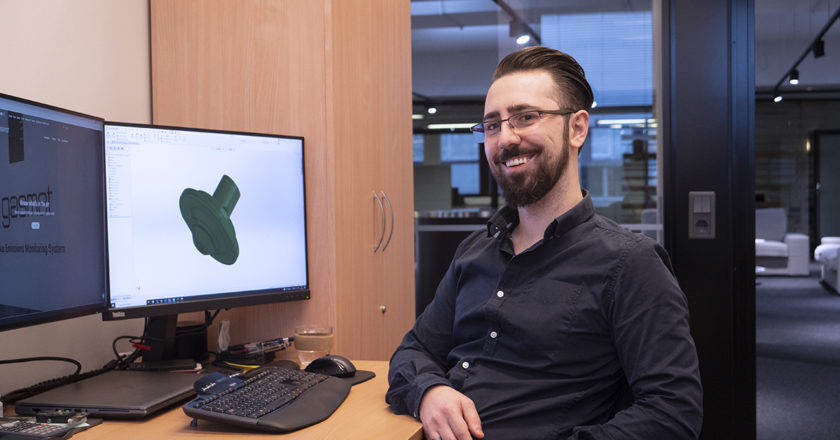 Stuart Buddle, originally from Australia, found his way to Europe after a couple of plot twists. He works in Gasmet’s R&D department as a technical team lead for mechanics and sampling systems. Four years at Gasmet has brought Buddle professional growth and a significant role in the work community.

Buddle met his future Finnish wife while studying design in the Netherlands, and they decided to move to Finland after graduating. In Finland, Buddle chose to broaden his horizons and study engineering. Combining the two disciplines gave him a wholistic understanding of R&D. When Buddle saw Gasmet’s job advertisement, he was not familiar with the company.

“When I read who they were after, I had an epiphany of ‘that’s me’. As with all new jobs, it was daunting at first and it took a little time to find my way, but I was given the time to do just that”, Buddle reminisces. Since the beginning Buddle has been impressed with Gasmet. He finds it important that all official matters are organized by the book.

In 2018, Buddle started his career at Gasmet as an R&D engineer. With time, his responsibilities changed, and he got promoted to his current lead position.

Buddle feels that he was lucky to find Gasmet and, according to his employer, it is equally true that the company was lucky to find him. Buddle admits that from Gasmet’s point of view, he represents a good combination of broad understanding and specialization in sampling systems.

As an employer, Gasmet has given him lots of encouragement and great tools for personal development. Buddle enjoys the fact that his job is quite independent.

When Buddle started at Gasmet his work did not require any Finnish skills as R&D is run in English. As his role in the company developed, he wanted to show his employer a serious interest towards Finnish language.

“Gasmet supported my language journey. The flexible hours system really helped and little by little I am understanding more of what’s happening around me in Finnish. I am also gradually able to contribute to conversations in Finnish.” 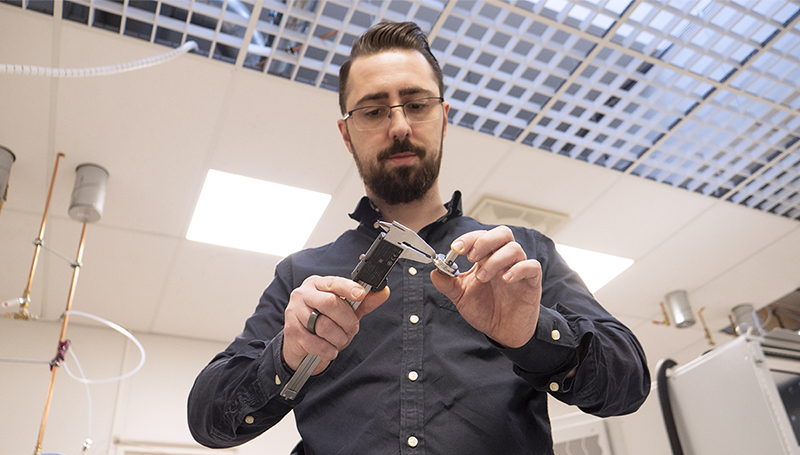 Never a dull day – time flies as he focuses on work

Gasmet’s flexible working hours appeal to Buddle. He admits that he is not a morning person and usually he starts the day after 9AM. First, he follows up emails and other left over tasks from the day before and then delves into the new ones.

At the end of the day, it’s usually a realization of ‘it’s 5.30PM already, I have to get going!’ I have had other jobs where I count the remaining hours I have left before going home. I have never done that at Gasmet.

The best part of working in R&D is that there really is never a dull day. Buddle appreciates the fact that the job is varied from one day to the next. His work is a combination of collaboration with his colleagues and performing his core tasks by himself.

Buddle’s work is constant problem solving. He concludes it would not suit everyone, but it sure suites him. When a tricky application comes up or further information is needed from his field of specialization, questions find their way to Buddle. Besides solving customers’ issues, he also helps Gasmet’s subcontractors.

Covid-19 reminded of the importance of the work community

Since the beginning of Buddle’s journey at Gasmet, the company has had a positive atmosphere and a strong culture of working together. After the first years of COVID-19, Buddle is happy that more colleagues are returning to the office. It feels good to see people in person after a long remote period.

After all, Buddle’s work is about people, not only complex and technical applications. He collaborates and clarifies details throughout the day with his team members. He rejoices that everyone gets along well, and the team spirit is fantastic.

The friendly and open community makes work more fun. The relationship between Buddle and his superior is open, and he finds him easily approachable.

“We have a relationship of mutual respect. I usually have a meeting with my boss every month in which he steers my work in a certain direction, but of course at this stage I can already predict what direction it should be going in.”