An Opening of a Dialogue – European Commission Meets Manufacturers

Gasmet is an active participant in the preparation of European standards for emissions monitoring. On the 12th of September, we participated in the first official meeting between the European Commission and European emissions monitoring equipment manufacturers to discuss Directive-level issues. Read what this meeting was all about and what was its outcome.

The Industrial Emissions Directive (IED, 2010/75/EU) is the main piece of EU legislation setting the environmental requirements for large industrial installations. One of the key requirements of the IED is for installations to use Best Available Techniques (BAT). In addition to emission limits set in the IED itself, sectoral requirements are established through BAT conclusions which form part of BAT reference documents (BREFs), established by technical working groups. Of particular relevance is the reference document on monitoring which is a reference to enhance the consistent application of BAT conclusions and the IED.

Over time, technical evolution leads to progressively lower associated emission levels being identified, which can result in stricter emission limit values being defined in installation permits.

In regards to this, the European Commission invited European measurement equipment manufacturers to Brussels in order to understand whether the current framework for approval of emissions measuring equipment was working adequately and to ensure that manufacturers have the appropriate conditions to bring equipment to the market. Even though manufacturers play an important role in building emissions monitoring standards, the invite to discuss Directive-level issues was the first of its kind and turned out to be fruitful to all parties involved.

Among the invited manufacturers was Gasmet who was also given the opportunity to prepare a keynote presentation on the barriers to introducing improved techniques. Our representatives in the meeting were Emilia Jyrkiäinen, CEMS Product Manager; Anna Leino, Product Engineer and Rami Vuorinen, Chief Technology Officer.

Over time, technical evolution leads to progressively lower associated emission levels being identified, which can results in stricter emission limit values being defined in installation permits.

The outlined agenda for the meeting was as follows:

The discussions aroused by the presentations were eye-opening and showed that the DG ENV’s understanding of the manufacturer’s role in the legislative process and the actual challenges faced by the manufacturers had some room for improvement. The need to involve manufacturers in the preparation of (emission monitoring) legislation and in the improvement of certification processes was clearly identified.

The need to involve manufacturers in the preparation of (emission monitoring) legislation and in the improvement of certification processes was clearly identified.

All in all, it was apparent that the manufacturers’ point of view had not been considered in the legislative process before. The meeting and the discussions it roused were a needed opening on the matter.

Gasmet’s Findings of the Bottlenecks of the Certification Process

The main message we wanted to convey was that stricter emission limit values and the needed certification efforts that come with the package are not the main challenges. Instead, challenges are caused by the certification process and the bureaucracy it entails. It might, for example, take us three years to come up with a new product and another three years to get it certified. This makes it extremely hard and slow to bring applicable products to market in time to meet the constantly tightening requirements for emissions monitoring.

Consequently, we suggested the following improvements to the certification process:

The Opening of a Dialogue

They say it takes two to tango. The certification process and the European legislative process certainly involve more than two dancing partners but we feel that the European Commission meeting with measurement equipment manufacturers was a promising opening of dialogue. It was a great place to learn from each other and to realize that there is a strong need and will for an open and ongoing dialogue between these parties.

The Directorate-General for Environment will now prepare an overview of the presentations and discussions that took place in Brussels. The DG ENV will also determine which matters are under their jurisdiction and can be pushed forward, and which are matters that need to be handled with other departments. But what is the most important, is the fact that the dialogue has now been opened!

If emission monitoring interests you, don’t forget to download our free guide on the topic below: 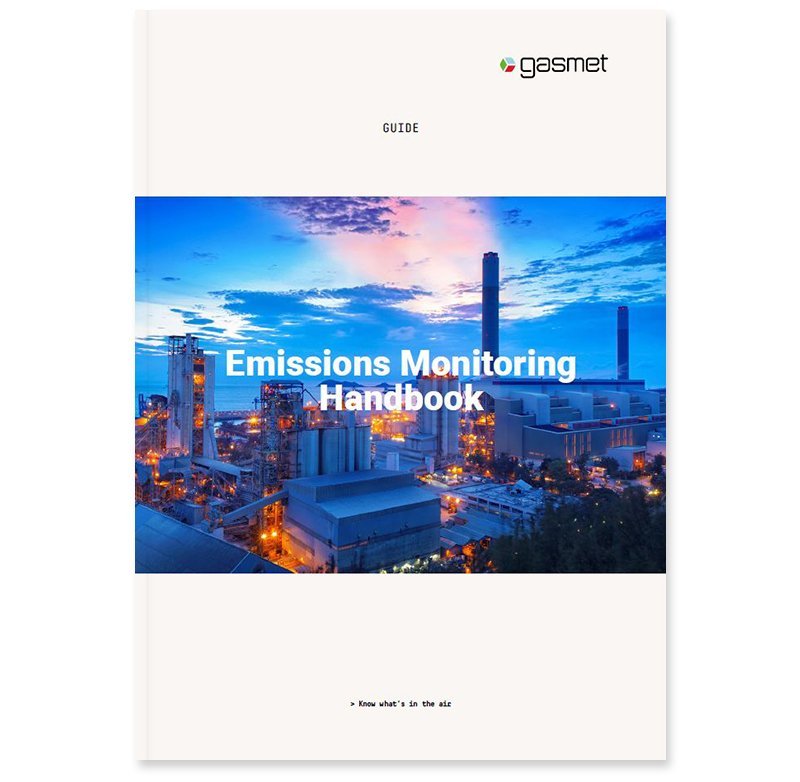 After reading the handbook, you will be familiar with: