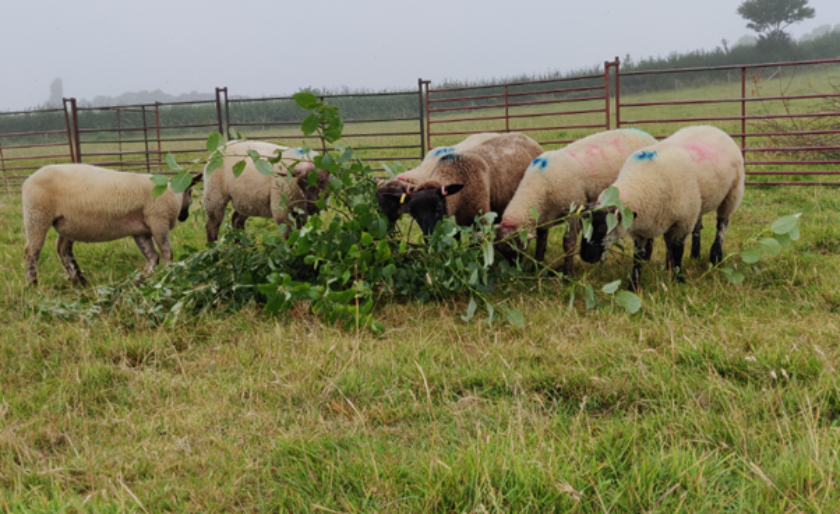 Trees provide shelter and shade for livestock, and some offer additional forage, nutritionally important supplementary minerals, and possible control of intestinal worms through the action of condensed tannins contained within the leaves.  Condensed tannins also have the potential to suppress microbial activity in the rumen, reducing the uptake of nitrogen into the blood, and ultimately into the urine.  This could reduce emissions of nitrogenous gases, primarily nitrous oxide and ammonia from urine patches.  Inhibition of microbial activity in the soil could have the same effect.  As nitrous oxide is a major greenhouse gas, and ammonia has negative air quality implications, the use of willow to reduce these gaseous emissions from urine could potentially contribute to climate change and human health targets.

The GWCT Allerton Project has recently carried out experiments in collaboration with the University of Nottingham to investigate this issue.  The research builds on related research with the university in which we investigated the availability of nutritionally important minerals from grazed swards and tree leaves, and their uptake by weaned lambs.

In August 2020, we fed an average of 200 g of goat willow leaves per day to two groups of six weaned lambs over a two-week period.  Another two groups of six lambs were not fed willow.  At the end of the experiment, we also identified fresh urine patches by direct observation of the lambs (six willow-fed, and six not willow-fed) and used our portable Gasmet  DX4040 gas analyzer to measure emissions of carbon dioxide, as well as nitrous oxide and ammonia.  We did this within 20 minutes of urination, and again one and two weeks later.

There was a consistent trend for urine patches in pens with lambs that were fed willow to have lower emissions than those that were not fed willow for each of the three gases, although this was only statistically significant for nitrous oxide in Week 2 (Figure 1), probably because of the small number of urine patches sampled in this initial pilot.  Ammonia emissions declined rapidly (Figure 2), nitrous oxide emissions were mainly in Week 2, and carbon dioxide emissions declined gradually over the two-week period (Figure 3).  Lower carbon dioxide emission suggests that microbial activity was suppressed in the soil, rather than in the rumen, but we cannot discount a contribution from the latter, and there may also have been an influence of lower nitrogen concentration in the willow leaves than grazed sward.

Willow is well suited to mechanical harvesting, or to direct browsing of coppiced trees if livestock access is managed to ensure sustainability, and our results suggest that feeding willow to ruminants could contribute to climate change and air quality targets.  We will be repeating this experiment with more intensive sampling using our portable Gasmet gas analyzer in 2021 to understand this potential better. 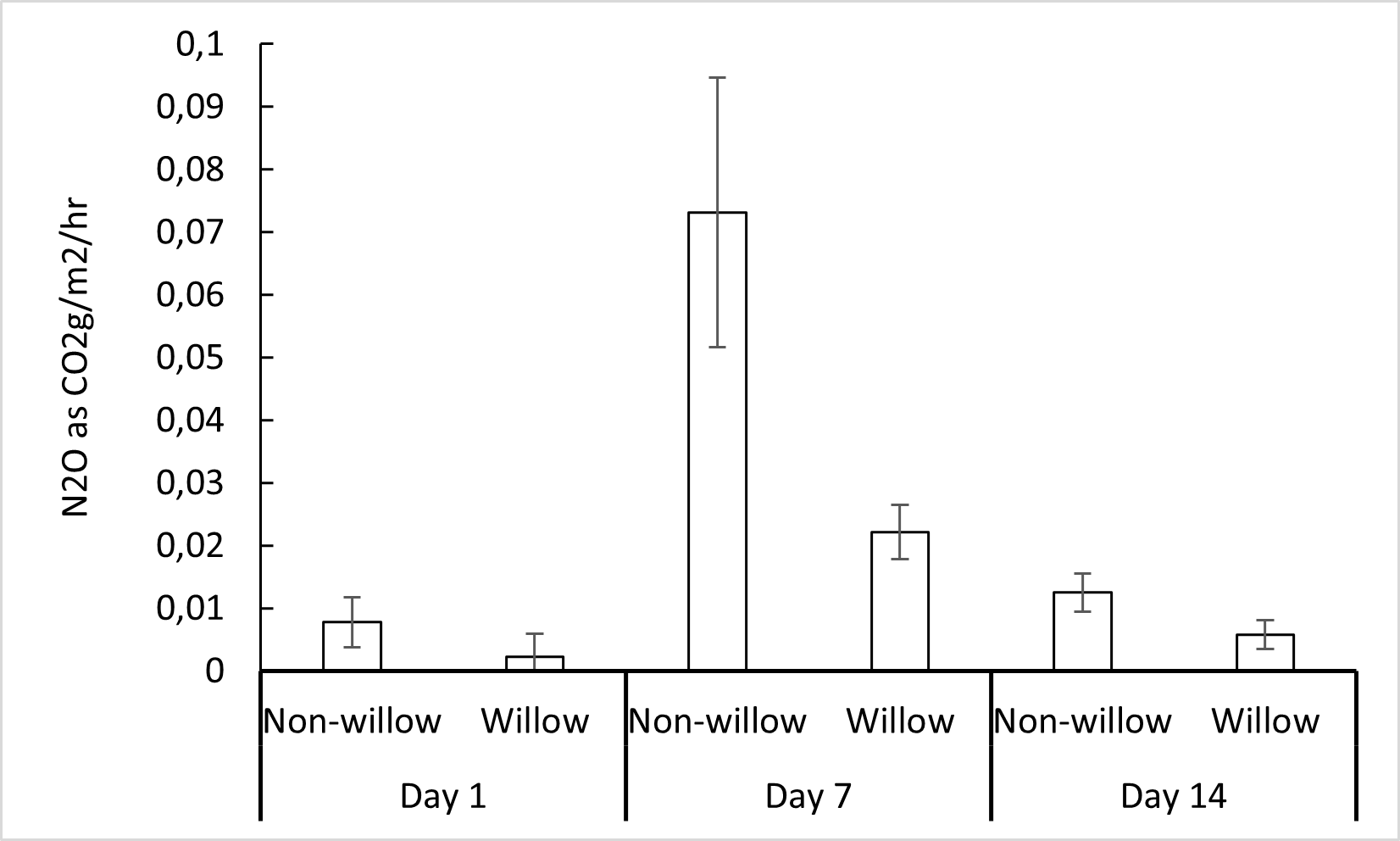 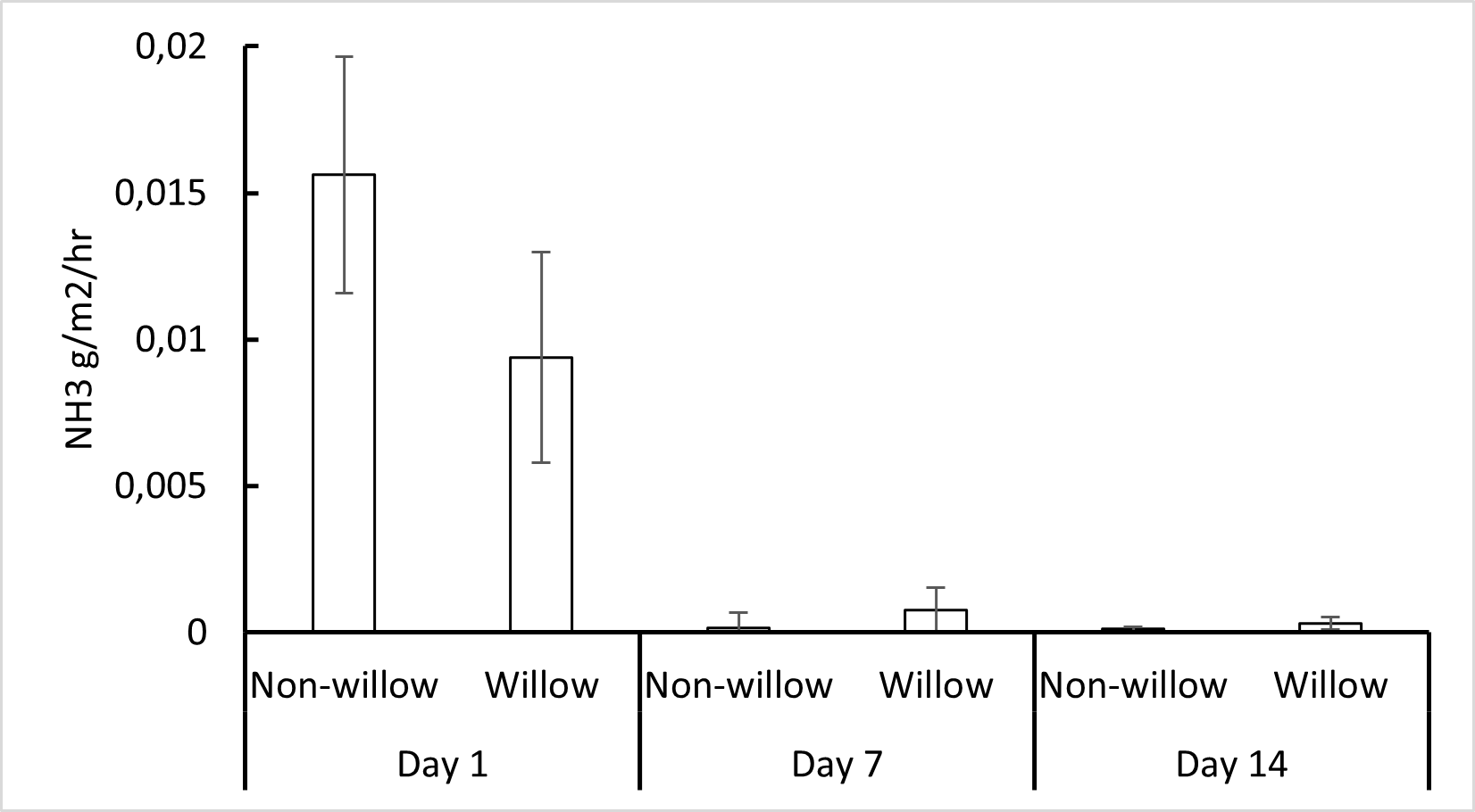 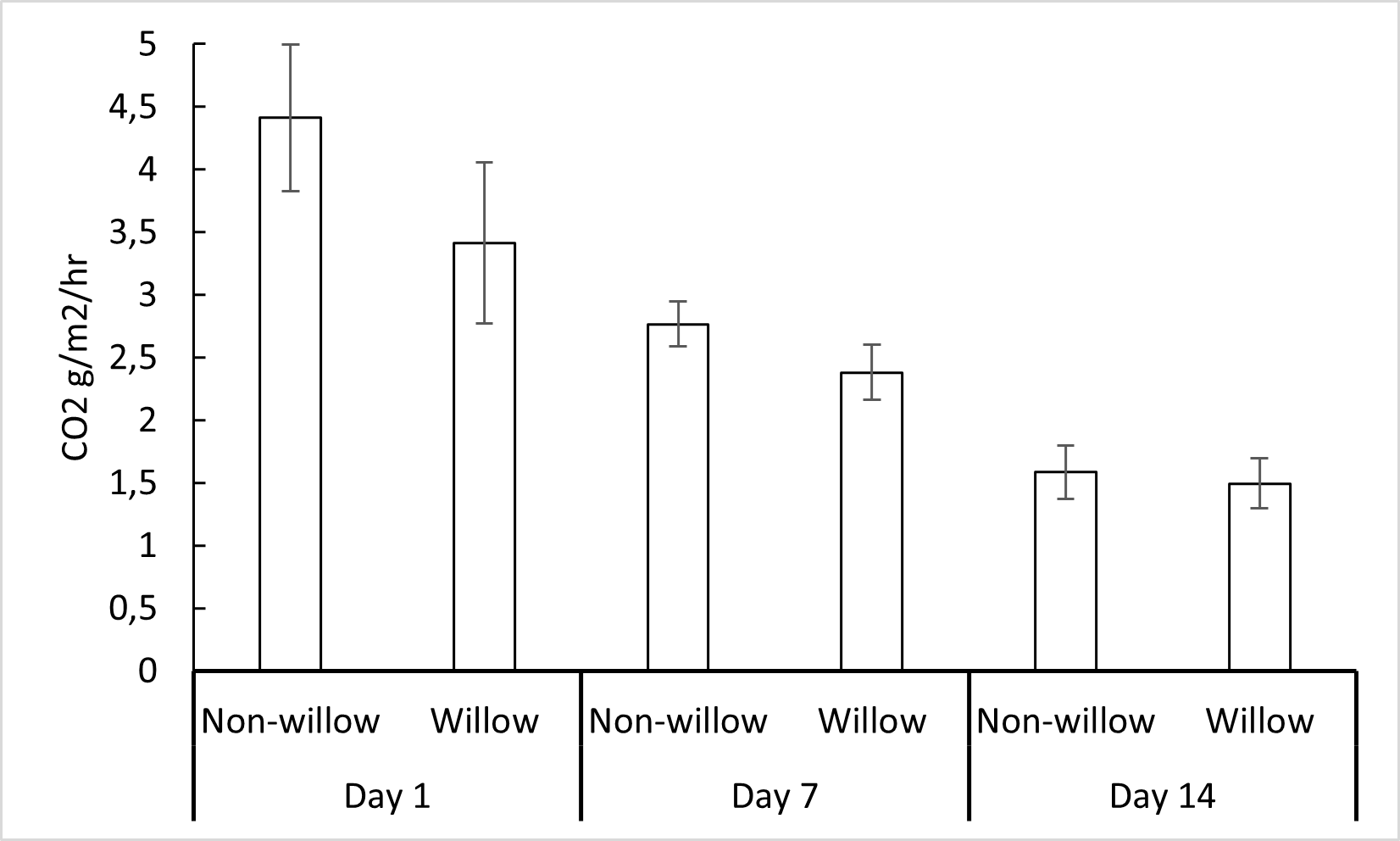 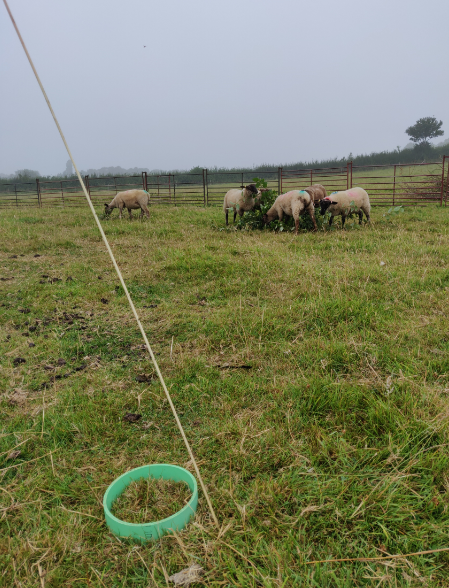