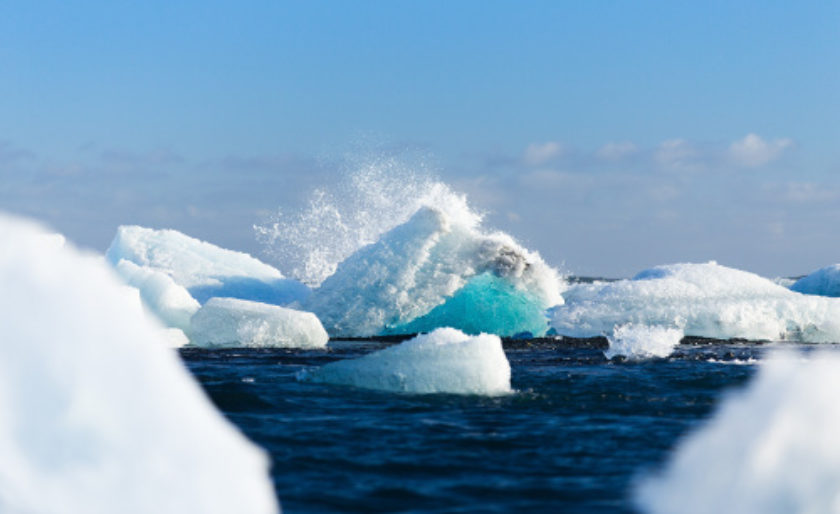 Enormous quantities of greenhouse gases (GHG) exist within Arctic ice and frozen soils, so with the threat of global warming, a clear understanding of the relationship between GHG in the atmosphere and in the ice/soil is vital because melting of permafrost could cause a dangerous climate tipping point. There can be few more challenging environments for monitoring gases, but PhD researcher Martin Brummell and professors Steven Siciliano and Rich Farrell from the University of Saskatchewan have successfully employed a Gasmet DX4015 FTIR analyser to do so in the High Arctic of Canada. Working in the field imposes a number of requirements for analytical equipment. However, the extreme weather conditions of the High Arctic impose a new level of capability that is rarely available as standard. Field work in such conditions must be simple, flexible and fast, but most importantly, Martin Brummell says, “The equipment must also be extremely reliable because you do not have the luxury of a local Gasmet engineer. “The Gasmet DX4015 was also the ideal choice because, as an FTIR analyser, it is able to monitor almost any gas, which is normally a feature of mains powered laboratory instruments, but the DX4015 is portable and powered by a small generator, so it is ideal for monitoring in remote locations.”

Sampling and analysis in the Arctic

A set of simple, perforated steel tubes were driven in to the soil, to the point of the permafrost threshold. Inside these tubes gases within the soil were allowed to reach equilibrium via diffusion over 24 hours. This allowed the researchers to analyse gas concentrations to a depth of 0.5 metre. The procedure was simple and therefore reliably repeatable.
Furthermore, measurement of gas concentrations at different depths enabled direct comparison with soil analyses.

Using FTIR in the ‘field’

The Gasmet DX4015 is a portable FTIR gas analyser for ambient air analysis. FTIR, an abbreviation for Fourier-transform infrared, is an interferometric spectroscopic instrument (interferometer) that uses the infrared component of the electromagnetic spectrum for measurements. A Fourier-transform function is applied by the interferometer to obtain the absorption spectrum as a function of frequency or wavelength. Consequently, the DX4015 is able to simultaneously analyse up to 50 gas compounds. The analyser is typically set up to measure a variety of different gases, including VOC´s, acids, aldehydes, and inorganic compounds such as CO, CO2, and N2O. The DX4015 is operated using a laptop computer running CalcmetTM software, a program that not only controls the analyser but also undertakes the analysis. Calcmet TM software is capable of simultaneous detection, identification and quantification of ambient gases, which gives the DX4015 its ability to simultaneously analyse multiple gases in near-real-time.

The FTIR’s many beneficial traits, such as reliability, precision and flexibility make it a vital piece of analytical equipment in a very wide variety of applications including industrial emissions monitoring, occupational safety surveys, engine exhaust testing, process monitoring, leak detection, emergency response, chemical spill and fire investigations, and many others.

This team’s use of the DX4015 on its most recent research expedition to investigate soils in the polar deserts of the High Arctic highlights the model’s capabilities in the field. Carried out on Ellesmere Island in the Baffin Region of Nunavut, Canada, the DX4015 had to perform reliably in extreme environmental conditions. The analyser was used to monitor the production, consumption and atmospheric exchange of the greenhouse gases Carbon Dioxide (CO2), Methane (CH4) and Nitrous Oxide (N2O); all three being major components of natural biogeochemical cycles. These gases are each released and up-taken by soil microbes in the Arctic.

The DX4015 was used to examine both the flux of gases from the soil surface and the concentration profiles of gases in the soil’s active layer above the permafrost. In doing so the FTIR provided raw data consisting of gas concentrations in parts-per-million (ppm). Moreover, “the real-time nature of the Gasmet FTIR, allows me to see results within minutes of setting up in the field—permiting me to make changes to the experimental design and further investigate unexpected results whilst in the field. This contrasts with traditional methods of soil gas analysis, which employ lab-based gas chromatography systems and ‘blind’ collection of discrete samples in the field.”

Surprisingly, the work revealed areas of strong CO2 and CH4 production immediately above the permafrost. Brummell believed this was the result of the relative disparity in carbon distribution in Arctic soils in comparison with warmer climes. Carbon accumulates far lower in Arctic soils due to a process known as cryoturbation; the constant mixing and burying of organic matter, which fuels microbial activity at a deeper level.

Comparisons between the surface flux and the soil profile for each of the greenhouse gases was a key objective within Brummell’s investigation. Most notably, Brummell observed a negative surface flux for N2O, though no significant regions of consumption were identified. The location of the N2O sink is not yet clear, nor are the organisms and biogeochemical processes responsible.

Martin Brummell’s research (Brummell et al. 2012) provided a new but complex insight into the production, consumption and exchange of greenhouse gases and soil microbe pathways in the Arctic. His work highlighted the importance of reliability, ruggedness, flexibility and accuracy in the equipment which is employed in such work. However, the ability of the DX4015 to provide simultaneous measurement of multiple gases in near real-time was a major advantage.

In comparison with all of the equipment that is necessary for research in Arctic conditions, one might imagine that a highly sensitive analytical instrument would be the most likely to be adversely affected. However, Martin Brummell found this not to be the case with the Gasmet DX4015: “In contrast to other field equipment I have used in the High Arctic, including self-destructing sledgehammers, unreliable generators and broken fibre-optic cables, the Gasmet DX4015 has never failed even in the most difficult field conditions. It has happily survived air-transport, inconsistent electrical supply, low temperatures, rain, snow, mud and all other insults, and always gives me accurate, precise measurements of gas concentrations.”

This research was funded by the government of Canada through the Natural Sciences and Engineering Research Council (NSERC) and the International Polar Year (IPY) Climate Change Impacts on Canadian Arctic Tundra Ecosystems (CiCAT) program.